What is Verbal Abuse at the Workplace and How Can You Handle It? 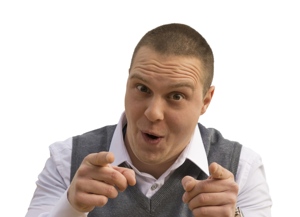 Verbal abuse at work has become a common occurrence in recent times. However, not many people come out in public about this problem. Here is some useful information about this problem, and why is it important to take action against it.

Helen was very excited that her dream of working as a writer for a popular magazine had finally come true. As she used to write for her school as well as local newspapers regularly, which gained her a lot of appreciation from her family as well as professors, Helen was confident that she would gain success in this field.

However, she soon realized that her job was not as she had expected it to be. She had to deal with a boss who always criticized her work. How much ever she tried, she was never satisfied with her work and constantly pointed out faults.

The greatest problem was that none of her other colleagues believed her, because she always did this during one to one meetings. Soon, Helen started to believe that she was not really good at writing, and lost interest in it completely, so much so, that she put down her papers before even completing six months at work.

Helen, here, like many others, is a victim of verbal abuse at work. Verbal abuse can be defined as insulting or harming a person emotionally with the use of language. Many people believe that only women are subjected to verbal abuse at work, however, in reality, even men have to deal with this problem.

Usually, the people who indulge in verbal abuse are those who hold a high position, either at the managerial level or as a supervisor. As these people have the ability to fire the victims, the victims do not complain about such things, to save their job. Being verbally abused at the workplace is not something that can be passed away as a frivolous issue.

Employees who are regularly bullied at work by their employers lose their self-confidence, which may cause physical as well as emotional problems, leading to poor performance at work. Hence, it is important to find a solution to the problem, as it not only has a negative effect on the employee, but also on the image of the organization.

Verbal abuse at work can be classified as subtle abuse and overt abuse. Overt verbal abuse is when the employer insults the other person by shouting, name calling, threatening, using derogatory language, etc. He may pick out mistakes and criticize the individual in front of other employees.

On the other hand, subtle verbal abuse is when the employer criticizes or passes sarcastic remarks without yelling or shouting. He may give this person a cold treatment, while being nice and jovial with others. The employer may also try to avoid the employee when he tries to discuss issues and problems.

As these things happen in a private setting, where there are no witnesses, no other person trusts what the abused person is saying, and many times, the individual starts feeling that the problem lies with himself. This reduces his self-esteem to such a level, that he does not find any option other than leaving the organization.

The causes of verbal abuse cannot be linked to just one specific reason, rather, it may differ from person to person. Most of the time, employers indulge in abuse because they believe it to be the best way to make someone work. They think that having a cordial relationship with their subordinates may make them lazy and start taking their work lightly.

People who are abused during their childhood can also become verbal abusers themselves. These are usually seen as people who have low self-esteem, and who insult others just to feel good about themselves. They think that by hurting others, they are actually gaining control over the other person.

What Steps Can be Taken

Often, the victim is the only person who is verbally abused by the employer, and this makes him unable to voice his opinion. However, it is important for the employee to learn how to deal with a bully and take some action in order to stop this treatment.

Usually, employers verbally abuse their employees because they do not react out of respect for the position. The abuser sees it as the employee’s weakness, and continues his behavior. Here are some ways in which you can try to deal with this problem.

This problem is a serious issue and should not be taken lightly. Employees should remember that though they are subordinate to someone, no one has the right to abuse or insult them.

Many times, employees may have to experience a cold shoulder from other officials as well as coworkers for complaining against the abuser. If this is the case, the best thing will be to look for another job, because self-confidence and self-esteem is more important than money.