The Big Debate: Should Facebook Really Be Banned at the Workplace? 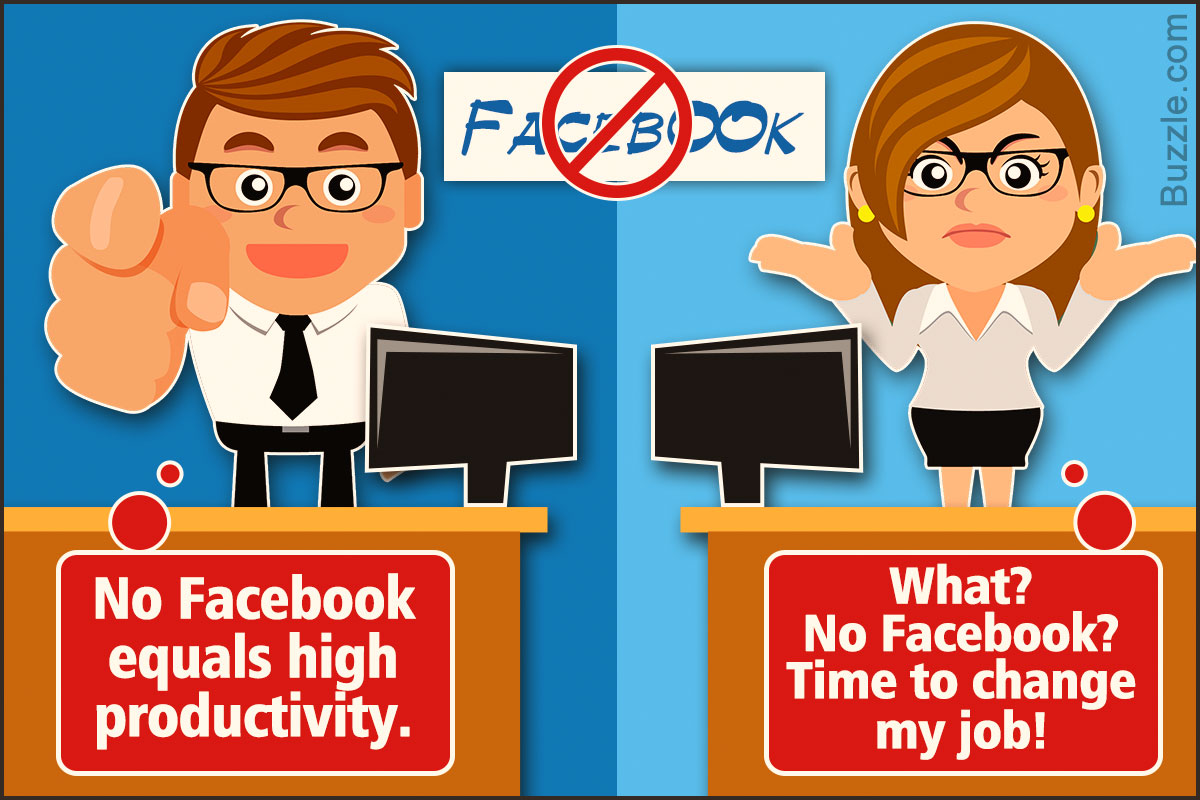 While many organizations have decided to ban Facebook, many others are utilizing it for their benefit. It is indeed a debatable issue whether or not to block Facebook from the official computer network of a workplace. Workspirited will explore the reasons for banning or allowing Facebook access at the workplace.

With Facebook emerging as the ultimate social networking platform, many employees like to browse it even during official working hours. So much so, that it can safely be said that some of them may be suffering from varying degrees of FAD (Facebook Addiction Disorder).

There may be some employees who surf Facebook for sometime and get back to their work, but there are others who will spend their entire day sitting glued to Facebook, updating, commenting, or liking anything and everything. While this raises serious productivity concerns, Facebook supporters claim that spending a few minutes browsing through the site can be refreshing and creatively beneficial for the organization.

Apart from this, an increasing number of companies are taking advantage of Facebook to promote their products and services, and are reaching out to billions of prospective customers. This leaves us with the question of whether or not to ban Facebook in the office. Here are some reason that advise banning the social networking site, as well as some reasons that advocate allowing access to the site at your workplace. 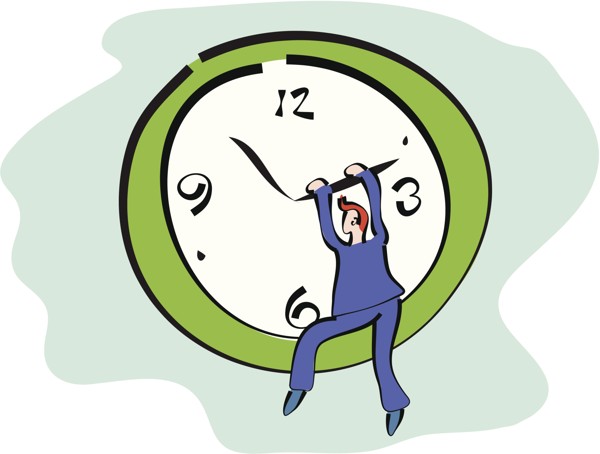 Most of us must have been through a phase where we promise ourselves that after 10 minutes of Facebook surfing we will get back to our deadlines and deliverables, but have procrastinated to do that for hours at a stretch.

Lets face it! Facebook is addictive and people tend to spend valuable time (which if you haven’t noticed yet means money for your company) in non-productive activities of sending and accepting friend requests, updating their status of what they had for lunch or how they plan to spend their evening, etc.

While we all wish for a job that pays us for browsing Facebook, this is not possible, unless you are working as a social networking expert. Well, if the only work you enjoy is farming at FarmVille, spending hours idling away on Facebook at your workplace can even get you fired. 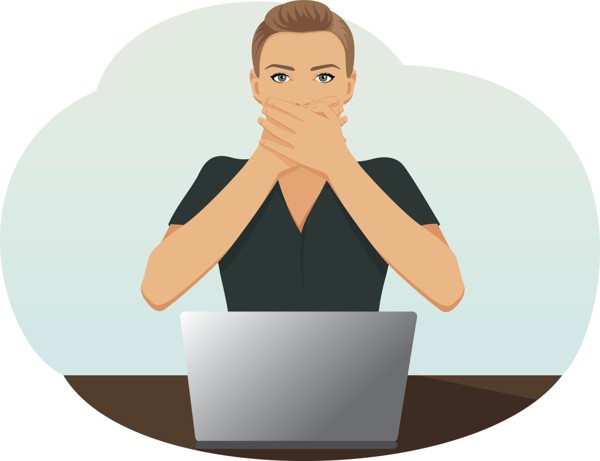 Let us accept that most of us are inquisitive, and we like to know the latest buzz in our company. Whether it is related to a merger, takeover, acquisition, new strategy, or new capital investment, any new ‘scoop’ attracts our immediate attention.

The urge to make such hot news public is so strong that some employees even end up updating a status about it. Only the official PR person, who has the permission as well as the authority to publicize something like this, can use Facebook to update news about the company. For others who make this mistake, remember that it can lead to severe action for breach of confidentiality, and even a lawsuit.

For any company launching a new product, employees should refrain from talking about it on Facebook before it is officially public. They should understand that the consequences of a leak may cost the company, and benefit competitors. Many people even make internal communications public by posting it on Facebook, which should be avoided. Hence, companies feel it is a safer option to completely ban access to Facebook. 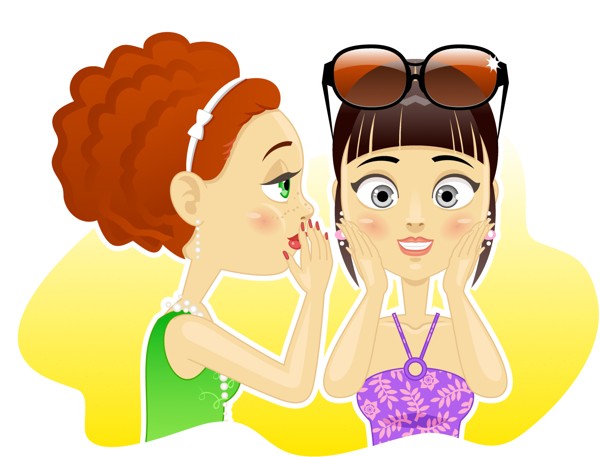 Gossip is no longer attributed only to women, especially in an office setup. If any kind of office gossip is posted on Facebook, it will not only hurt the people associated with the gossip, but will also portray the company in a bad light.

As you know, good things spread fast, but bad things spread faster. By spreading official gossip on Facebook, the image of your organization and its employees is getting tarnished. For example, if a company is reducing the headcount in order to balance a financial crisis, sending indications about it on Facebook will put the company’s reputation at stake.

Not only this, it can affect the organization’s standing in the market and cause it to lose orders or loan sanctions. Whether the gossip is true or false, employees tend to use Facebook as a platform to vent their anger against the company by spreading rumors and gossip. Hence, it is better that Facebook is blocked in offices.

Computer Security and Network Use 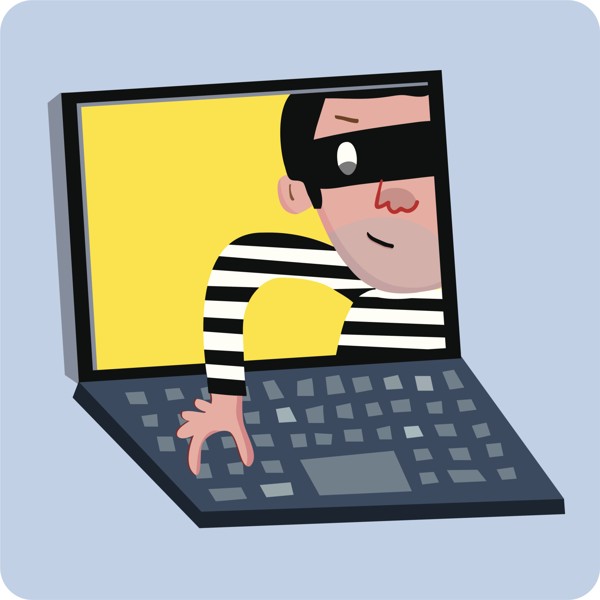 As Facebook has millions of users, it has become a popular platform among people who distribute malicious software like spyware, malware, viruses, etc. Employees may unknowingly click on wrong links, which can cause problems to the entire network.

It may damage the data, the retrieval of which may be tedious and expensive. Hackers often find it attractive to attack the computer network of a company which causes the organization to shell out millions of dollars. They may use the information on Facebook posted by employees to render ‘spear phishing’ attacks on other employees to get access to their usernames and passwords.

Apart from being a problem for the system administrators, the work of the company suffers and profits get hampered. If important documents and files are deleted, it takes a lot of time to recover them. Also, the network is quite likely to get loaded if a number of employees spend a lot of time on Facebook simultaneously every day. 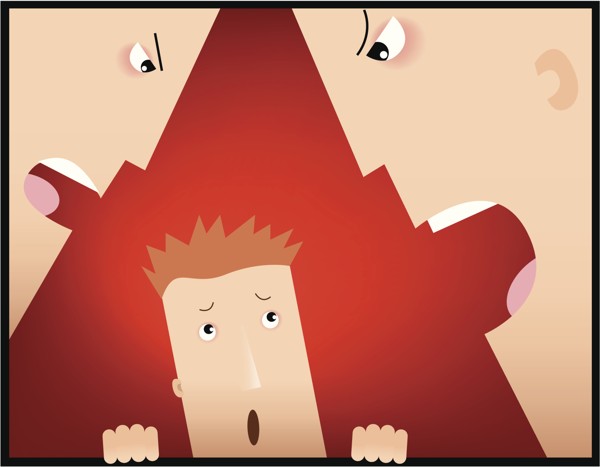 Employees who are dissatisfied with their work or bosses can post messages which may hamper the brand image and reputation of the organization. Banning Facebook in office allows companies to exercise control on sending out such mixed messages.

Employees often resort to writing personal comments like, ‘getting bored at work’, ‘happy that boss is on vacation’, ‘this new department sucks’, etc. which may project that they do not enjoy their work in the organization. This may create a wrong impression to the new joinees.

Associates may resort to bully or harass employees with ‘not so good’ comments and messages on Facebook. They may utilize Facebook to send damaging messages just to discourage employees at work. Office bullies utilize Facebook as an excellent platform to render abuses rather than using the official mailing system. Such messages can lead to an employee getting depressed and disinterested, and ultimately all this affects their work. 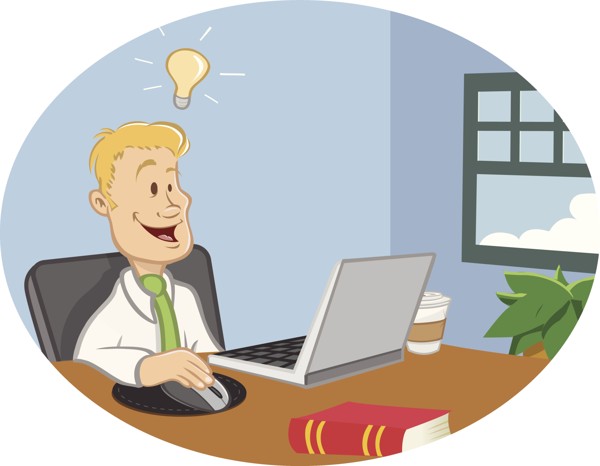 After working for hours at a stretch, sometimes it is essential to take a break. Employees may be working towards finding a particular solution for a problem, but may not be able to come up with anything. Taking a short break and browsing through Facebook helps employees unwind and kill the monotony.

Browsing through Facebook can not only be a breather from regular work, but may also boost creativity and innovation. Employees may get inspired to find solutions in a different way and be successful at it.

For example, an associate may be planning a new product launch and may not be getting any innovative ideas for it. Seeing Facebook pages of other brands may help him get inspired. Taking short breaks definitely increases the productivity and creativity rather than hampering it. 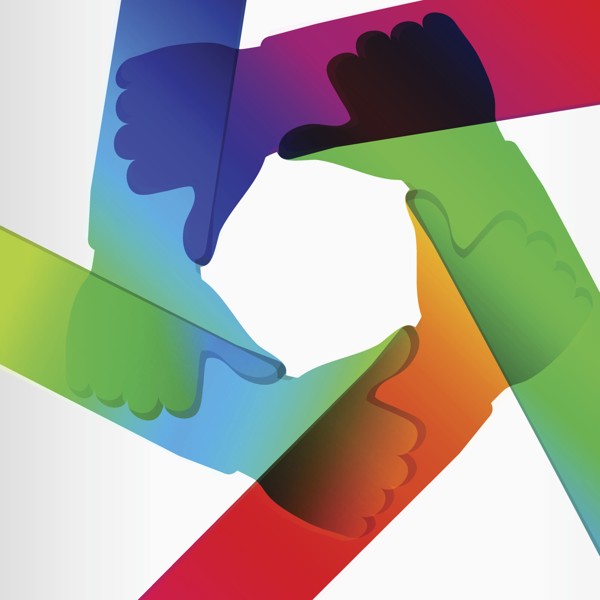 Blocking access to Facebook depicts that the employer does not trust the employees. This makes them grumble about the situation to others and start unnecessary gossip mills. People are dissatisfied with the company if they are not allowed to access Facebook.

In order to keep people productive, it is essential that they are kept happy. Allowing access to Facebook will depict that the employees are given a certain amount of freedom and bear responsibility for their actions.

Employers can monitor the web browsing of certain employees who have a history of whiling away time. Employees appreciate when employers trust them and carry out their duties with an added sense of responsibility. 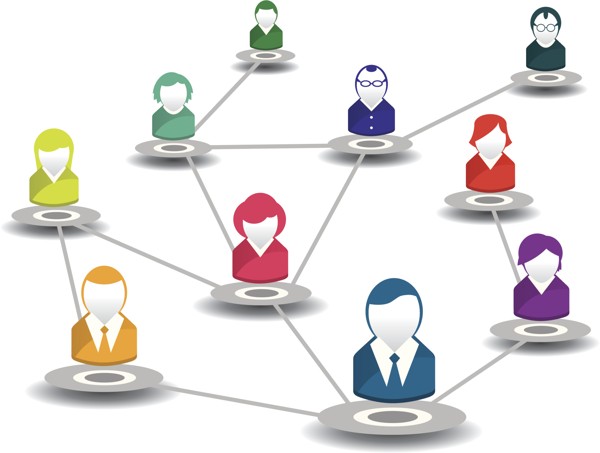 Do employers expect employees to go home and do it? In most cases, this will not happen. It is important that employers allow access to Facebook, as through the employees the new product can reach millions of people even without spending billions of dollars on advertising. 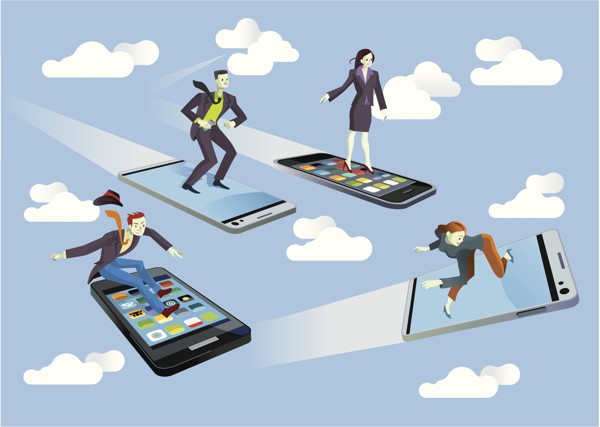 With most employees using smart phones, they have access to Facebook through their cell phones anyway. They can spend hours on their phones and no one would know. Not only is it distracting, but it may even influence other employees to start a similar trend.

Some employees do not get any social interaction, and call up their friends and family to talk with them for hours. If they had Facebook, they could have interacted with the outside world through it, which could have been controlled, but as access is banned, they take the liberty of spending a lot of time calling others. 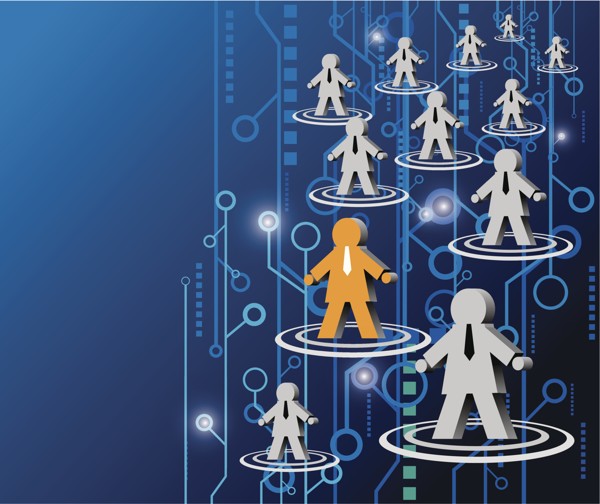 Many talented professionals of Generation Y and Z do not like to join places where Facebook is blocked. They clearly inform headhunters that they would rather prefer to work with a company that allows them the freedom of browsing Facebook.

People feel that they are cut off from the outside world and lose interest in their work. They do not like to work in a company where their freedom is restricted.

Companies may lose out on talented workforce by banning Facebook in the office. Also, as employees look at Facebook as an essential recreation medium, it may also lead them to switch jobs. The new generation employees think of Facebook as a basic need and banning it in the workplace will only create problems. 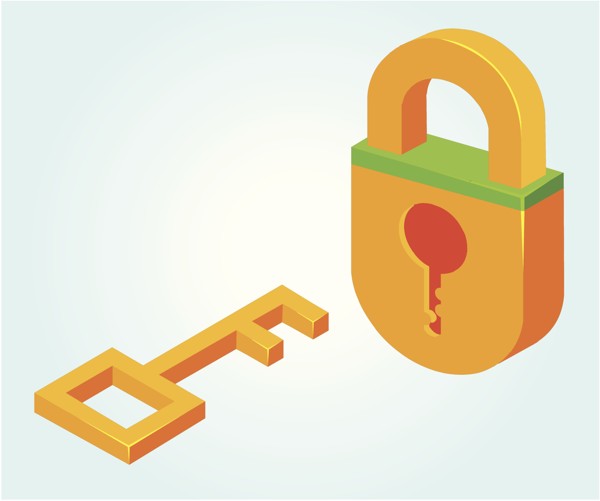 This problem goes beyond the solutions of ‘allow access’ or ‘deny access’, because if you ban Facebook you will not get its benefits, and if you allow it then it will definitely come with a set of disadvantages. This is a Catch-22 situation. Here, the best solutions could be as follows.

Whether an organization should allow or ban Facebook will depend largely on factors like its culture, type of work, marketing strategy, Internet policy, business goals, etc. As far as the employees are concerned, most of them will be in the favor of allowing access to Facebook. With the advantages, there are inherent disadvantages and the organization will always give preference to the option which will work in its best interest.