Start Having Fun Again With These Office Party Games and Ideas 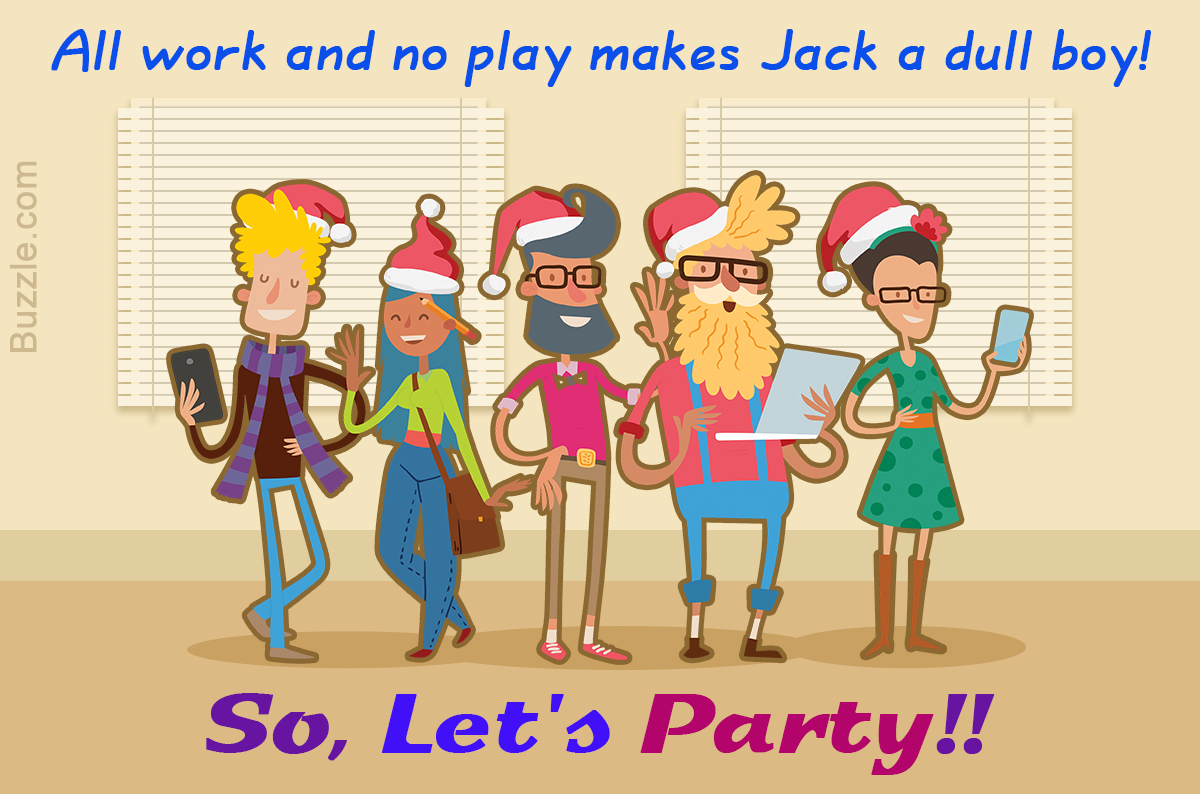 Office parties can either be exciting or a total dud. But all that rests in your hands. With fun office party games and ideas, you can make any party unforgettable. 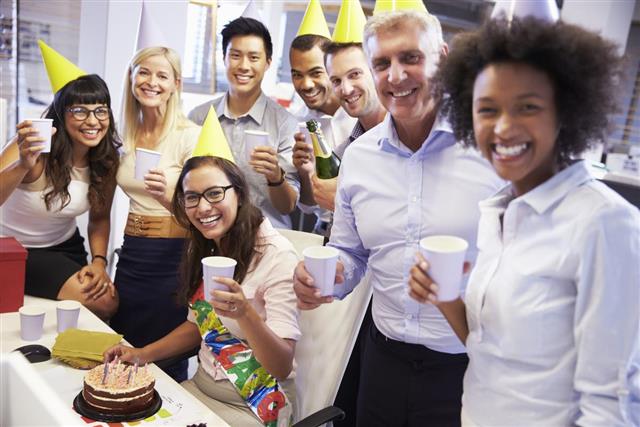 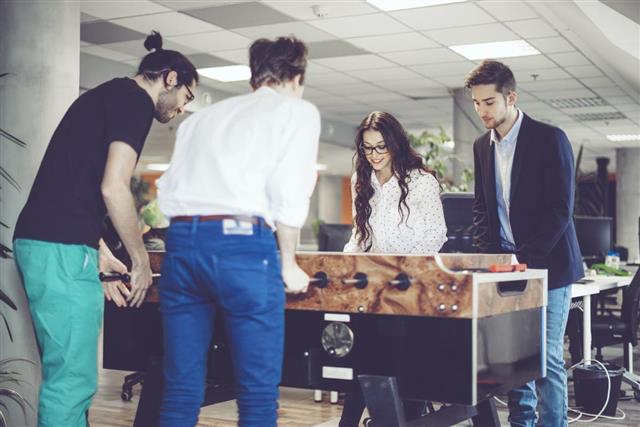 There are primarily two types of office parties – one, where only the employees attend, and two, where everyone brings their spouses and kids. Not everyone gets excited about an office party as they can be a bit boring at times. People don’t really know anyone outside their department, or would rather get through the party and then call it night.

But what if there is a way to change all of that!? There are several interesting games that you can play at an office party that will not only ensure that everyone has a great time, but will also serve as a team-building activity. These games need not be boring either. They could be loud, fun, and hugely entertaining.

Games to Play at an Office Party

The purpose of organizing office games is because they work as icebreakers, especially since employees work in a disciplined, formal environment. Office parties are meant for employees to loosen up, have some fun with one another, and build lasting work relationships.

Junk in the Trunk 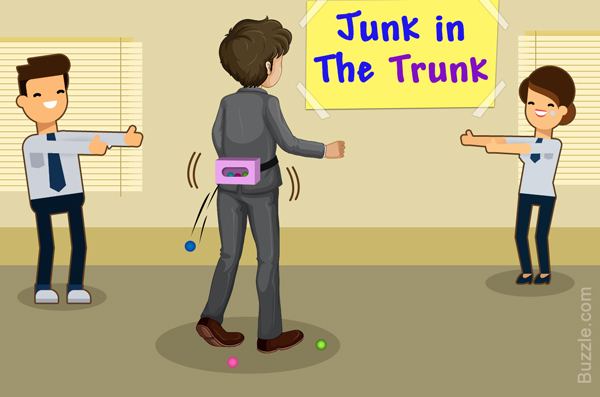 How to Play
This game is really hilarious, especially when someone else is playing it. The objective in the game is to fill an empty tissue box with ping pong balls. Stuff as many balls as you can in the box. Attach a belt to it and wrap it around the participant’s waist. Place the timer for 2 minutes and ask the participant to wiggle his/her hips to empty the box. The team whose participant is the first to empty the tissue box, wins.

Rules to Follow
The participant cannot use his/her hands to remove the balls. Throughout the game, the balls have to come out on their own, aided by your body movements. Also, you cannot lie down on the floor or roll around to get the balls out of the box. 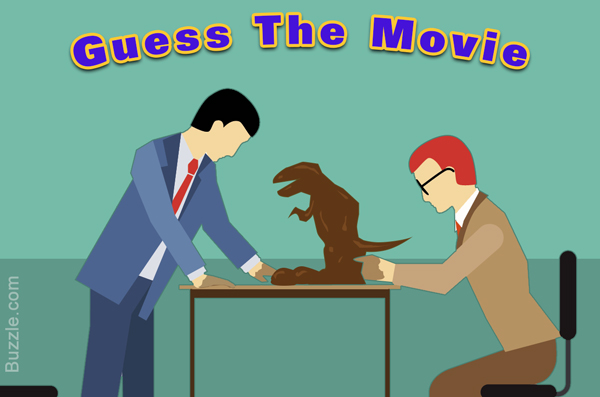 How to Play
Make as many groups of 4 as you can and give each team enough Blu-Tack or Play-Doh. Take a few pieces of paper and write down different movie names along with its star cast. Place the notes inside a bowl and once the time starts, each group will take one note from the bowl. Now the objective of the game is to use Blu-Tack or Play-Doh to make a small figurine of that famous character from the movie. Whichever team’s figurine is ready (and comprehensible), wins the game.

Rules to Follow
There aren’t any specific rules for the game. The participants can use the internet and look at the images of the characters, to help make them look more recognizable. 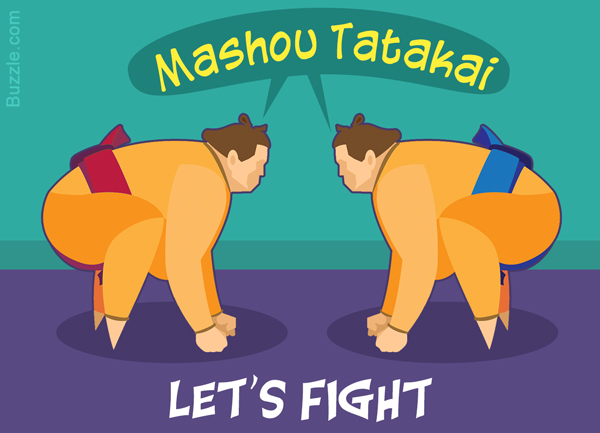 How to Play
Office fights are no fun. But what we are about to suggest is definitely entertaining. For the game, you will require Sumo wrestling costumes for the participants. To play the game, the participants need to wear the costumes and get inside a make-believe ring (you can make a circle with rope). Now the objective of the game is to defeat the opponent with all your strength. In order to win the game, one of the participants has to push the other outside the ring or shove him/her away from the circle in such a manner where he/she is still left standing. 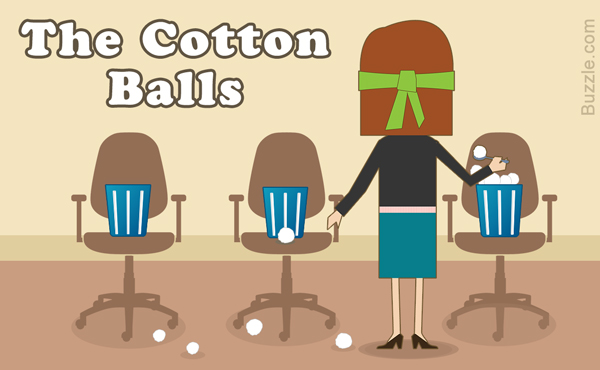 Rules to Follow
There is one major rule to this game – no peeking. Also, the participants can’t use anything other than the spoon provided to you to scoop the cotton balls. Participants cannot use their hands to locate the bucket if they lose track of direction. This will be considered as a violation. Other than that, the game is quite an interesting and amusing one to play.

Movie on My Mind 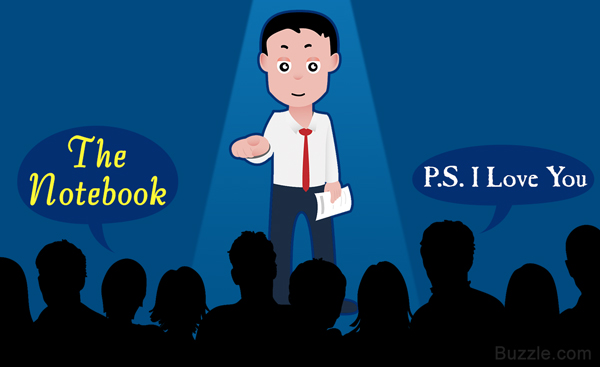 How to Play
First, you need to make as many groups as you can of 3 – 4. Make notes that have names of movies in them. Place the notes inside a bowl and have each team pick one note. The objective of the game is to have an entire conversation using script snippets, from the movies written on the pieces of paper. Teammates have to guess the movie, that had those dialogs, as the participants converse.

Rules to Follow
The game is a bit tough to play; one team can only talk to the other teams using the dialogs from the movie they got from the bowl. Also, the dialogs one choose to reply to the other, need to be legitimate or make sense as they will be the response to what the previous team’s dialog was.

Let’s Go to the Zoo 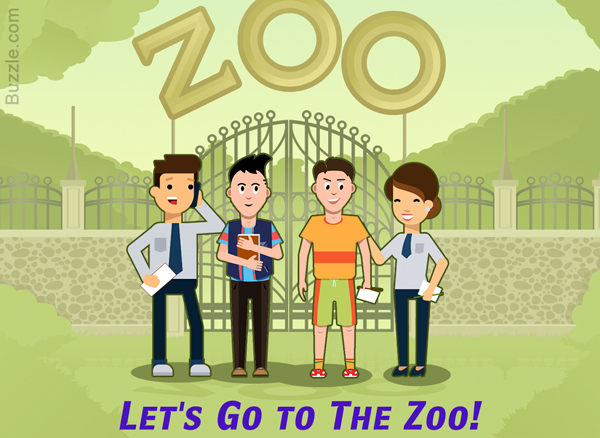 How to Play
Let’s all go to the zoo (well, not literally). Depending on the number of participants for the game, you will require sheets of paper and pens. Ask the participants to write A to Z vertically and be ready for the time to begin. When the time starts, the participants need to write down names of animals and birds found in the zoo. Once the time stops, every participants’ answers will be checked and points will be given.

Rules to Follow
The game is simple to play as it only requires you to write down the names of zoo animals and birds. However, what makes the game tricky is that participants may write down similar animal names, as a whole. Writing as many unique names as possible, is the aim of the game. Whichever participant has the maximum number of names that aren’t common, wins the game. 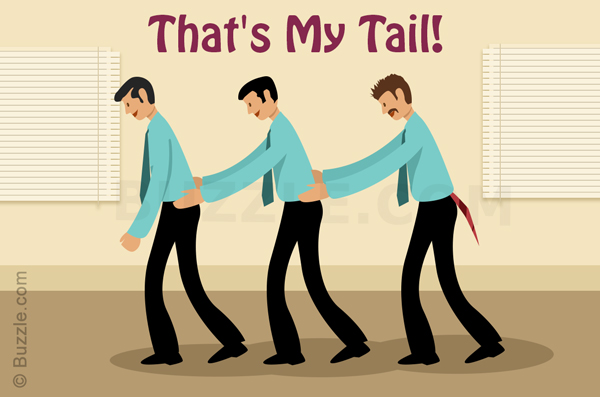 How to Play
Ask the participants to make a group of 3 and stand behind one another in the order of their heights. Now, the participants need to hold the waist of the person in front of them. As for the third participant, he/she will have to secure a piece of cloth at the back of their waist, like a tail. The objective of the game is to steal as many tails as a group, before the middle participant is taken away by another team.

Rules to Follow
While playing the game, the participants in a group cannot break contact. Since they will be holding on to each others’ waists, they cannot let go or else the group will be disqualified. Also, the groups can only walk around the area designated for the game; running around isn’t allowed.

Here is a list of some party games that are sure to invite fun.

In addition to this, exciting minute to win it games also fill the atmosphere with enjoyment.

Apart from the games we’ve mentioned that can be played at the party, there are other things can be done to make the party much more entertaining and fun for everyone.

An office party isn’t the only time employees can be given a chance to have some fun. Many organizations host regular meetings/activities that help elevate company morale. When an organization and its employees work together, spending quality time with one another apart from the tasks provided, and genuinely getting to know one another, definitely brings progress. 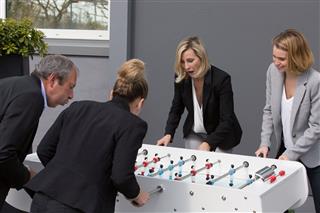 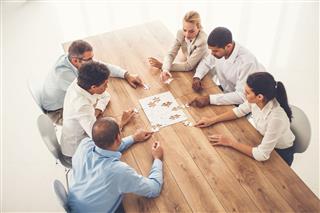 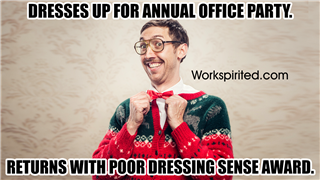